From huge rock shows, to pop parties and bands by the sea – when it comes to festivals, you’re spoilt for choice in Europe!

Get some great festival deals with ISIC: 5% off ticket + accommodation packs!

Here’s our full roundup of the best music festivals this summer.
See you down the front! 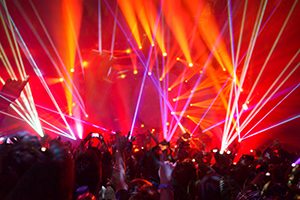 If you’re a fan of Reading & Leeds festival, then this four-day party is the one for you! Regularly selling out, it boasts a fantastic selection of popular international artists, national crowd-pleasers and local Belgian acts, all rounded off by a spectacular firework show at the end. As the beer is not too bad either, Rock Werchter is likely to be a firm festival favorite for this summer!

Buy your Rock Werchter Festival ticket with your ISIC discount

if pulsing beats, an electric atmosphere and shining lights are what gets you up and dancing all night, then the Hideout Festival is an absolute must-go! Held at the beginning of July on Zrce Beach, world-renowned performers will bring you shows of a lifetime. Kick off your summer with some legendary, sun-kissed boat parties around the gorgeous island of Pag and save on your trip with ISIC!

Buy your Hideout Festival ticket with your ISIC discount 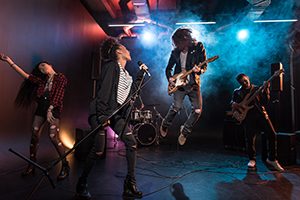 Since its debut in 2002, Colours of Ostrava has developed an enviable reputation for hugely impressive line-ups that regularly feature some of the world’s biggest music stars. Held on the site of the city’s former mines, smelters and ironworks, the festival offers an unrivaled selection of indie, pop and rock shows, complemented by a program full of films, discussions, workshops and theatre performances.

Buy your Colours of Ostrava Festival ticket with your ISIC discount

Every year over 100,000 revelers are expected to flock to the Danish capital for a three-day party-extravaganza! Since 1998, Distortion has been pushing the limits of street life, with music stages literally set in every alley of Copenhagen’s coolest hoods. Diverse styles and atmospheres perfectly blend in what has been described as “orchestrated chaos”.

Buy your Distortion Festival ticket with your ISIC discount

Usually billed as the French answer to Glastonbury, major international bands play every summer in the stunning backdrop of Domaine National de Saint-Cloud, alongside some of the freshest talents of tomorrow. Just a stone’s throw away from Paris, this three-dayer is likely to earn its place on the calendar of many music fans across Europe. 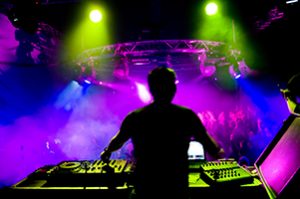 Melt is many people’s favorite festival for a number of reasons: the unique setting of Ferropolis (“The City of Iron”), a former coal mine surrounded by Lake Gremmin, its genre-varied bookings creating an equally diverse crowd and energy, and stages known as the “Sleepless Floor”, running non-stop until the very end. Expect to lose track of time!

Buy your Melt Festival ticket with your ISIC discount

What began as a small festival in 1993 has grown to Europe’s answer to Burning Man, elevating the musical experience with a unique and unparalleled cultural space. With hundreds of artistic performances on offer, Sziget Festival is much more than only music: dance stages, contemporary circus shows, a cinema, sporting events, and even a beach where you can take a refreshing dip in the Danube are some of its unique features.

Buy your Sziget Festival ticket with your ISIC discount

Rather than in an inner-city warehouse or sports stadium, the festival that is quickly becoming the reference point for the Italian EDM music scene, is held amidst the mountains overlooking Lake Como. With Armin van Buuren, Afrojack and Axwell Λ Ingrosso gracing its stages in the past editions, its line-up is consistently packed with the biggest names from mainstream dance music.

Buy your Nameless Music Festival ticket with your ISIC discount 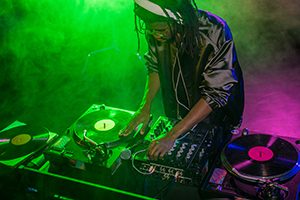 Jam-packed with literally every DJ that matters – fans of techno, house and good times will love Awakenings. Over 100 acts will descend in the scenic forest setting of Spaarnwoude, just outside Amsterdam, to play the best in electronic music over two days.
Soak up that party atmosphere and save with ISIC!

Buy your Awakenings Festival ticket with your ISIC discount 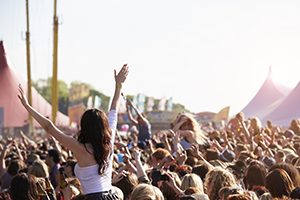 Under the sun of Lisbon, NOS Alive delivers some great indie, rock and alternative music performances, complemented by a wide variety of great food and spaces dedicated to urban art, using recycled materials. Artfully become one of Europe’s more appealing festivals, NOS Alive will guarantee some goosebumps with a big-name stuffed line-up ranging from The Cure and Bon Iver to Vampire Weekend and other local faves! If the fantastic program isn’t enough for you, the festival is just a short distance from Lisbon’s buzzing nightlife.

Buy your NOS Alive’19 Festival ticket with your ISIC discount 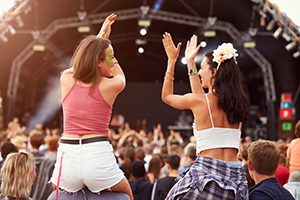 Weezer, The Strokes, Idles and Thom Yorke are just a few of the names that will touch down in Spain, joining a bill bustling with international and local talent. The festival will return to Kobetamendi Mountain, in the enchanting Basque woodland, offering up a picturesque backdrop to accompany the musical program. With a reputation for friendlier crowds and longer sets, BBK Live is a sure-fire way to get your summer off to a colourful start!

The modern-day Isle of Wight festival is a far cry from the hippy love-in of 1968. Still, it pulls in top names from around the world and is definitely set to kick off the UK festival scene in great style.
“It’s going to be brilliant to return to the beautiful Isle and play those new songs to an audience that has now heard the record”, chart-topping British singer-songwriter George Ezra declared, “I’m extremely flattered to have been asked to headline and can’t wait to get up and play. See you soon!”

Buy your Isle of Wight Festival ticket with your ISIC discount